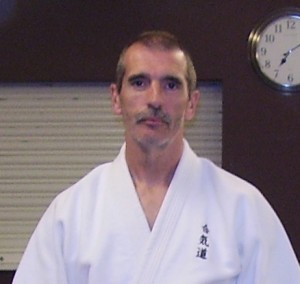 John started training in Tae Kwon Do in 1972 to 1982 achieving 2nd Dan.From 1977 to 1982 John studied amateur boxing. John continued his interest in the arts studying Kyokushinkai Karate achieving 1st Dan, Ju-jitsu to 2nd Dan, judo and has some experience with Lau Gar Kung Fu. John has studied and practiced Aikido from 1991 & Aiki-jitsu since 1997 .

John was a control and restraint instructor for the Doncaster college door supervisors program and he developed the care and control program initially taught to door supervisors, putting together a complete training package for the college . in the past john has both worked and provided trained security for pubs, clubs, and all kind of events over a twenty five year period, he has taught police control and restraint instructors. John offers tactical training designed for police, prison officers, private security, and personal protection.

He is also a Yudansha and registered Member of the AIKIKAI FOUNDATION, AIKIDO WORLD HEADQUARTERS. Headed by the current Doshu, Moriteru Ueshiba

John has been practicing in the Martial arts for 47 Years. 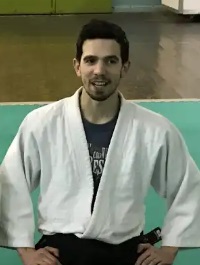 Adam has been studying both Ki and Aikikai style Aikido since 2000.

Sam has been practising in the martial arts since he was four years old; he also has experience in jiu jitsu, judo, and karate.

Graeme has been studying both Ki and Aikikai style Aikido since 2007.

Graeme as previous experience in Judo and Shotokan Karate
Graeme is a great asset to our team.

This site uses cookies. By continuing to browse the site, you are agreeing to our use of cookies. We will not share or retain any information you supply on this website with any agencies or 3rd parties.

We may request cookies to be set on your device. We use cookies to let us know when you visit our websites, how you interact with us, to enrich your user experience, and to customize your relationship with our website.

Click on the different category headings to find out more. You can also change some of your preferences. Note that blocking some types of cookies may impact your experience on our websites and the services we are able to offer.

These cookies are strictly necessary to provide you with services available through our website and to use some of its features.

Because these cookies are strictly necessary to deliver the website, you cannot refuse them without impacting how our site functions. You can block or delete them by changing your browser settings and force blocking all cookies on this website.

We also use different external services like Google Webfonts, Google Maps and external Video providers. Since these providers may collect personal data like your IP address we allow you to block them here. Please be aware that this might heavily reduce the functionality and appearance of our site. Changes will take effect once you reload the page.